As a snack product

Flavored "kale chips" have been produced as a potato chip substitute.

In the Netherlands, a traditional winter dish called "boerenkoolstamppot" is a mix of curly kale and mashed potatoes, sometimes with fried bacon, and served with rookworst ("smoked sausage").[24]

In Northern Germany, there is a winter tradition known as "Kohlfahrt" ("kale trip"), where a group of people will go on a hike through the woods during the day before gathering at an inn or private residence where kale is served, usually with bacon and Kohlwurst ("kale sausage").[25] Kale is considered a Northern German staple and comfort food.[26]

In Italy, cavolo nero kale is an ingredient of the Tuscan soup ribollita.[27]

In Scotland, kale provided such a base for a traditional diet that the word in some Scots dialects is synonymous with food. To be "off one's kail" is to feel too ill to eat.[29]

In Ireland, kale is mixed with mashed potatoes to make the traditional dish colcannon.[30] It is popular on Halloween,[31] when it may be served with sausages.

In Sri Lanka, It is known as 'kola gova' or ela gova. It is cultivated for edible use. A dish called 'kale mallung' is served almost everywhere in the island along with rice. 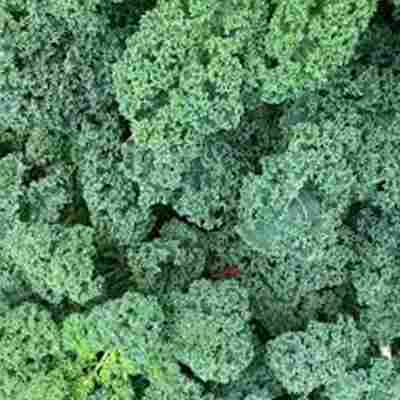 A dutch heirloom with the most dense and curly varieties.

Very popular for dehydrating and making kale chips or bulking up a salad mix. 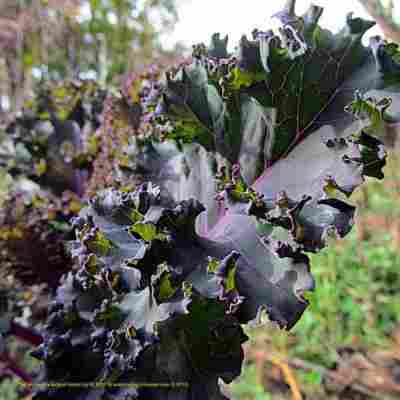 Red Russian kale is an heirloom variety that is grown as a biennial in most climates. 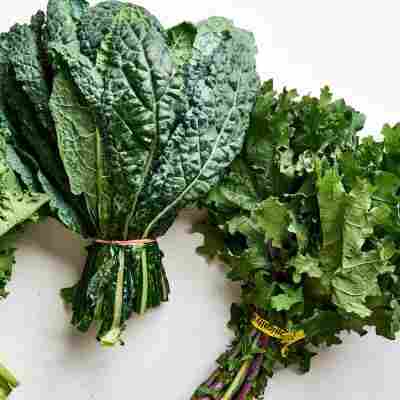 Black Magic is a winter-hardy kale with long and narrow, crinkled leaves, so dark green they're almost black! Its rich flavor that only improves with frost.

Plant in spring as soon as the ground can be worked or in autumn for an over-winter crop.

Kale germinates best in cool or warm soil temperatures with even moisture.

Enrich the soil with compost or well-rotted manure.

Kale is very hardy and quality actually improves after a frost. 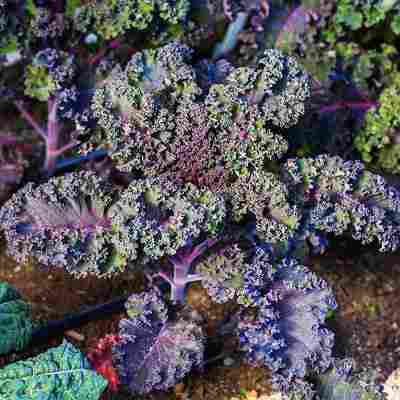 Scarlet kale is delicious cut in fine ribbons for kale salad and is a nutritious addition to soups and stews. Grow plenty and harvest some at baby stage, leave others to grow big and frilly, picking individual medium-sized leaves and tender stems. Add mulch for harvest into the winter months—an ornamental edible for containers, veggie gardens, and mixed borders. 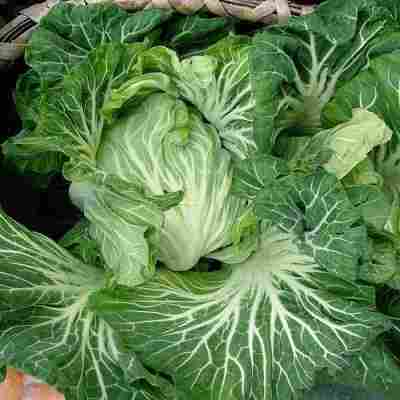 Aka Couve Tronchuda, Portuguese Kale or Sea Kale, it is a bright jade-green, loose-headed Cabbage with fleshy white mid-ribs and wide-spreading leaves. Sweeter and more tender than regular Cabbage, it may be harvested as a whole plant or leaf-harvested to promote center re-growth with paler, milder, frilly leaves.

Sow seeds in a container of seed starting mix 2 inches apart and cover 1/4 inch deep. Keep moist and provide a strong light source until seedlings are 3 to 4 inches tall, then plant outdoors. Space 12 to 18 inches apart.

Portuguese cabbage is a leafy green vegetable in the brassica family. Unlike most cabbages, this vegetable doesn't form heads and grows in leaves like kale. That resulted in the alternate common name of Portuguese kale plants. ... Kale ribs and stalks are often too woody to eat. Many compare this veggie to collards. 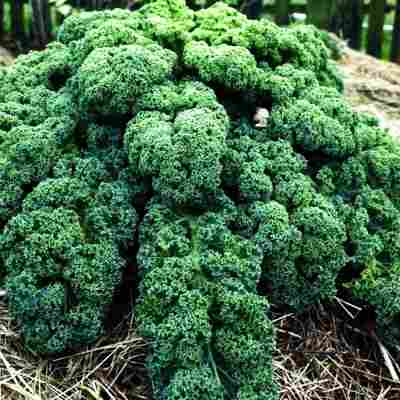 Blue Curled Scotch Organic Kale Seeds are hardy and grow in most regions. Blue Curled Scotch Kale is one of the most frost-resistant varieties, which means you can plant them earlier and keep plants in the ground longer. Toss washed kale in smoothies with berries and other sweets for a blast of fiber, antioxidants, and minerals.