Pumpkins have several culinary uses. Most parts of the pumpkin are edible, including the fleshy shell, the seeds, the leaves, and the flowers. In the United States and Canada, pumpkin is a popular Halloween and Thanksgiving staple.[32] Pumpkin purée is sometimes prepared and frozen for later use.[33

When ripe, the pumpkin can be boiled, steamed, or roasted. In its native North America, pumpkins are an important part of the traditional autumn harvest, eaten mashed[34] and making its way into soups and purées. Often, it is made into pumpkin pie, various kinds of which are a traditional staple of the Canadian and American Thanksgiving holidays. In Canada, Mexico, the United States, Europe and China, the seeds are often roasted and eaten as a snack.

Pumpkins that are still small and green may be eaten in the same way as summer squash or zucchini. In the Middle East, pumpkin is used for sweet dishes; a well-known sweet delicacy is called halawa yaqtin. In the Indian subcontinent, pumpkin is cooked with butter, sugar, and spices in a dish called kadu ka halwa. Pumpkin is used to make sambar in Udupi cuisine. In Guangxi province, China, the leaves of the pumpkin plant are consumed as a cooked vegetable or in soups. In Australia and New Zealand, pumpkin is often roasted in conjunction with other vegetables. In Japan, small pumpkins are served in savory dishes, including tempura. In Myanmar, pumpkins are used in both cooking and desserts (candied). The seeds are a popular sunflower seed substitute. In Thailand, small pumpkins are steamed with custard inside and served as a dessert. In Vietnam, pumpkins are commonly cooked in soups with pork or shrimp. In Italy, it can be used with cheeses as a savory stuffing for ravioli. Also, pumpkin can be used to flavor both alcoholic and nonalcoholic beverages.

In the southwestern United States and Mexico, pumpkin and squash flowers are a popular and widely available food item. They may be used to garnish dishes, or dredged in a batter then fried in oil. Pumpkin leaves are a popular vegetable in the western and central regions of Kenya; they are called seveve, and are an ingredient of mukimo,[35] respectively, whereas the pumpkin itself is usually boiled or steamed. The seeds are popular with children who roast them on a pan before eating them. Pumpkin leaves are also eaten in Zambia, where they are called chibwabwa and are boiled and cooked with groundnut paste as a side dish.[36] 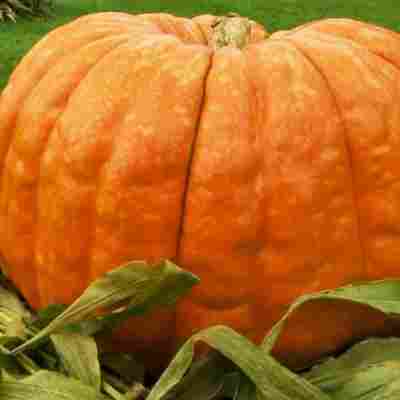 Orange-gold fruits that size up to 25 lbs. 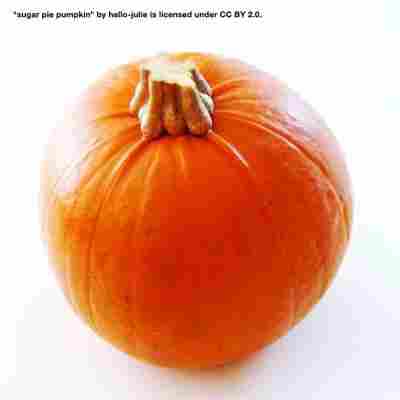 Sugar Pie Pumpkins are the traditional pumpkin for making pumpkin pies. It is because of their sweet, fine grained, orange flesh which is often more firm and less stringy than their carving cousins. They are a smaller pumpkin that weighs 1.0-3.1 kg (2-7lbs) each and be 10-25cm (4-10”) around. 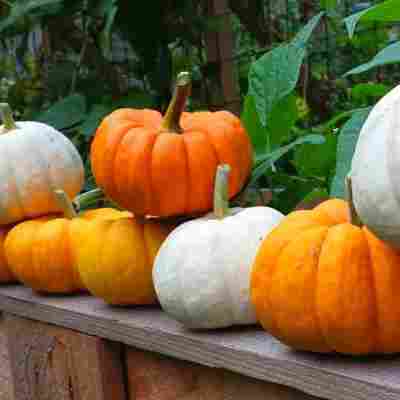 Jill Be Little is a miniature pumpkin which is deep orange with attractive deep ribbing perfect for Halloween decorating. The fruits grow to 200-250 grams and 10cm in diameter. 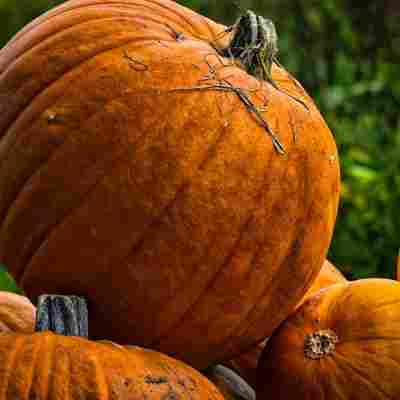 A pumpkin seed, also known in North America as a pepita, is the edible seed of a pumpkin or certain other cultivars of squash. The seeds are typically flat and asymmetrically oval, have a white outer husk, and are light green in color after the husk is removed.

Pumpkins are actually a type of winter squash. Many varieties can send out vines that are 10 to 20 feet long, which can be challenging for a raised-bed garden. One option is to grow them on a trellis, such as the Cucumber Trellis. Use a mesh bag or fabric to help support especially heavy fruit. Another technique is to plant them on an outside corner of your raised bed and let the vines ramble onto the grass.

Like summer squash, winter squash need rich soil that's been amended with compost. They need warm weather and warm soil to grow and produce well. In most cases, it takes 90 to 100 days from planting seeds until the squash are ripe. Cold-climate gardeners may want to get an early start by planting seeds indoors about three weeks before the last spring frost. Plant two seeds per 3" pot, and cut off one if both grow.

Transplant into the garden a week or two after the last spring frost. You can warm the soil by covering it with clear plastic, which works better than the traditional black plastic, as long as you seal the edges with soil to contain the heat.

Some winter squash and pumpkins — the bigger ones, generally — will only produce a couple of fruit per plant. The seed catalog or seed packet should tell you what to expect. Pumpkins are always fun for kids, but not always good for pie. If you want jack-o-lanterns, you can grow any variety; for pies and soups, look for "pie pumpkins" or "sugar pumpkins," which have sweeter, more flavorful flesh. 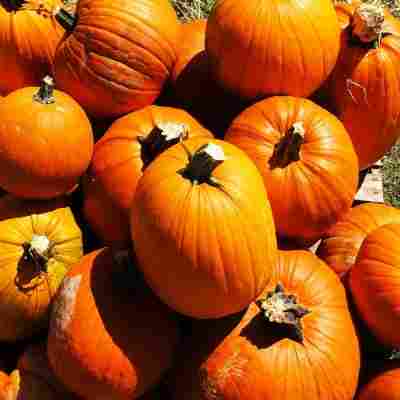 Howden's Field Pumpkin grows up to 25 lbs. Its sweet solid flesh is great for pies and its size is good for making jack'o lanterns.

Pumpkin seeds can be planted directly into the garden soil.

Plant seeds 2 seeds on top of each mound 1” deep. Mounds should be 6' apart. Thin to one plant per mound. They should come up in 7-10 days depending on the soil temperature and will grow quickly in warm weather.