The leaves, seeds, and stems of this mustard variety are edible. The plant appears in some form in African, Bangladeshi, Chinese, Filipino, Italian, Indian, Japanese, Nepali, Pakistani, Korean, Southern and African-American (soul food) cuisines. Cultivars of B. juncea are grown for their greens, and for the production of oilseed. The mustard condiment made from the seeds of the B. juncea is called brown mustard and is considered to be spicier than yellow mustard.[4][5]

The leaves are used in African cooking,[7] and all plant parts are used in Nepali cuisine, particularly in the mountain regions of Nepal, as well as in the Punjabi cuisine in the northern part of the Indian subcontinent, where a dish called sarson da saag (mustard greens) is prepared.[8] B. juncea subsp. tatsai, which has a particularly thick stem, is used to make the Nepali pickle called achar, and the Chinese pickle zha cai.

The Gorkhas of the Indian states of Darjeeling, West Bengal and Sikkim as well as Nepal prepare pork with mustard greens (also called rayo in Nepali). It is usually eaten with relish and steamed rice, but can also be eaten with roti (griddle breads). In Nepal it is also a common practice to cook these greens with meat of all sorts, especially goat meat; which is normally prepared in a pressure cooker with minimal use of spices to focus on the flavour of the greens and dry chillies. Brassica juncea (especially the seeds) is more pungent than greens from the closely related Brassica oleracea (kale, broccoli, and collard greens),[9] and is frequently mixed with these milder greens in a dish of "mixed greens".

Chinese and Japanese cuisines also make use of mustard greens. In Japanese cuisine, it is known as takana and often pickled for use as filling in onigiri or as a condiment. Many varieties of B. juncea cultivars are used, including zha cai, mizuna, takana (var. integrifolia), juk gai choy, and xuelihong. Asian mustard greens are most often stir-fried or pickled. A Southeast Asian dish called asam gai choy or kiam chai boey is often made with leftovers from a large meal. It involves stewing mustard greens with tamarind, dried chillies and leftover meat on the bone. Brassica juncea is also known as gai choi, siu gai choi, xaio jie cai, baby mustard, Chinese leaf mustard or mostaza.[10] 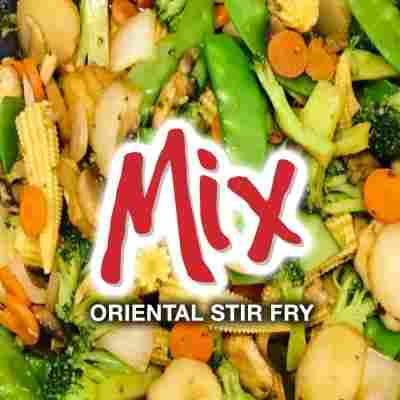 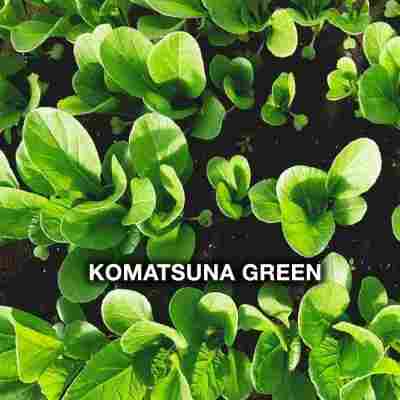 Komatsuna or Japanese mustard spinach is a leaf vegetable. It is a variety of Brassica rapa, the plant species that yields the turnip, mizuna, napa cabbage, and rapini. It is grown commercially in Japan and Taiwan. It is a versatile vegetable that is cooked and eaten in many ways. 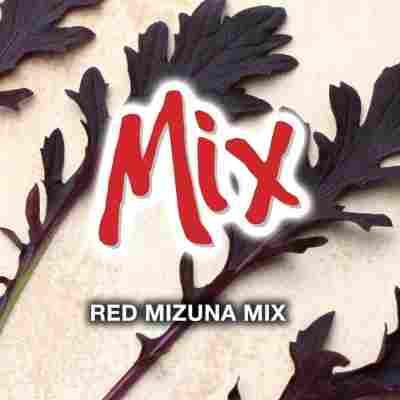 Red mizuna is fragile and thin red colored stems with long leaves with feather thin textures. Notes of mustard and sourness of sorrel. 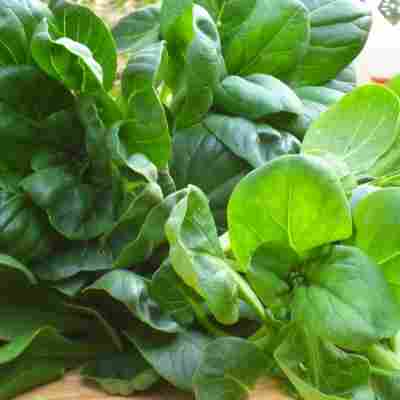 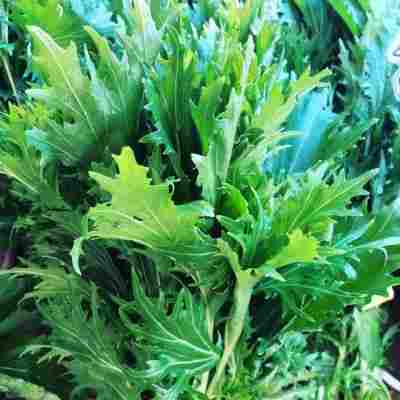 A very popular addition to gourmet salad mixes. Serrated green leaves offer interesting texture to blend with other varieties of lettuce. The younger the growth, the more mild the flavour. As a baby green 17 to 21 days to harvest. Full grown, 40 Days to harvest!

Spicy mustard flavor adds zing to salads and is a frequent addition to spring mix. Narrow leaves are dark green and serrated. Excellent for baby vegetable and salad mixes. 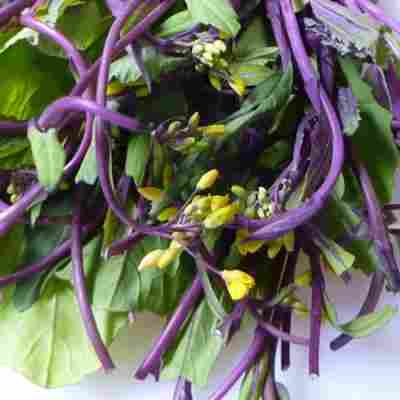 Hon tsai tai is an Asian leafy plant that has dark green leaves with purple veins. Interesting to this plant are the stems, which are a rich deep purple color with tiny yellow flowers. Hon tsai tai has a flavor very similar to broccoli raab, but not as strong: it's sweeter in flavor with a more delicate textured leaf. 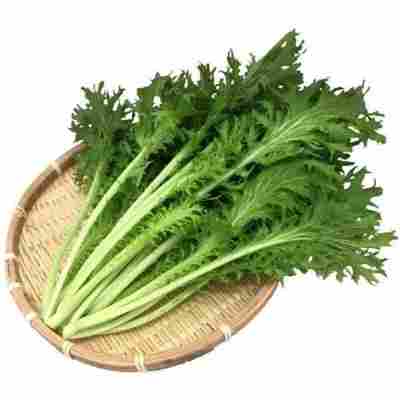 Wasabi Lettuce (Brassica juncea) has a very distinct wasabi flavour and is a great addition to the garden. It's not actually a lettuce but a Green Wave Mustard. 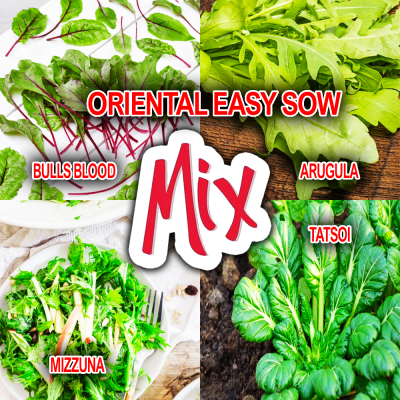 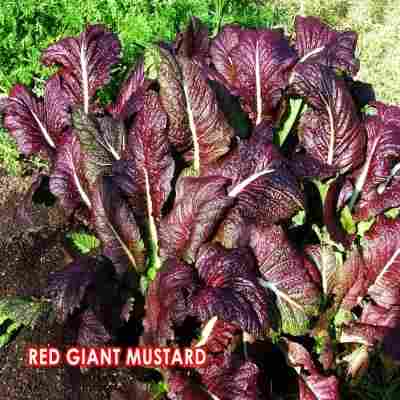 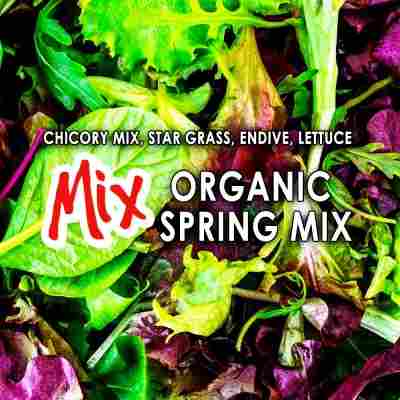 Miscuglio di Lattuga/Lettuce Mix: Mix of lettuce with thick and compact red and reddish green leaves. Heads are large. Plant is an excellent yielder. This is a very popular second-early variety. Plant is well suited for summer growing's.

Spring mix is made up of 16 fresh greens and lettuces of varying tastes and textures, including red romaine, baby spinach, radicchio, green romaine, red oak leaf, mizuna, red leaf, lollo rosso, arugula, red mustard, green mustard, red chard, frisee, and tatsoi. About half of the greens and lettuces are sweet and mild while others provide a complementary slightly bitter edge.

Spring Mix is available year-round with a peak season in spring and summer.

Greens contain vitamins A, C, and E, calcium, and potassium.

Use as a salad or bed for fresh or grilled fruits and vegetables.

Spring Mix, also known as “Mesclun,” is a name used for a salad mixture of leaves of various species. The name Mesclun comes from the Spanish word "mezclar," which translates to "to mix." Traditional mesclun usually consisted of chervil, arugula, lettuce, and endive. 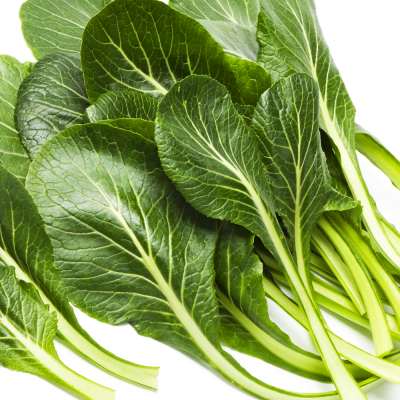 Tendergreen Mustard is a flavorful cold-weather green that is wonderful featured in salads or cooked dishes. It makes a great spinach substitute. Enjoy fresh Tendergreen.

This versatile Japanese green is called mustard spinach, spinach mustard, or komatsuna, but it's neither mustard nor spinach! Whatever its name, this delicious, leafy green is milder than other mustards, very easy to grow, and quickly produces flat, smooth, dark, glossy green leaves that can be picked as baby greens or grown to full size. Hardy and productive plants are slow to bolt and tolerate cold, heat, and dry conditions; although best results in cool weather. 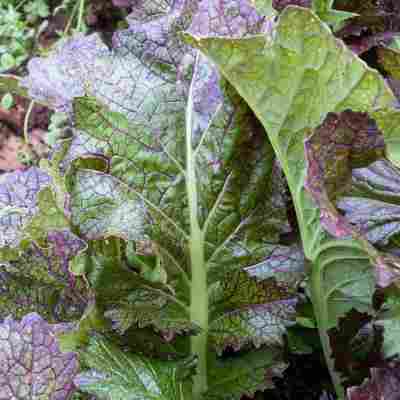 One of the most stunning red mustards for a salad mix you will find.

Dragon Tongue Mustard has the perfect balance of sweet and spicy so hard to find in mustard.

Makes a great stir-fry as well. 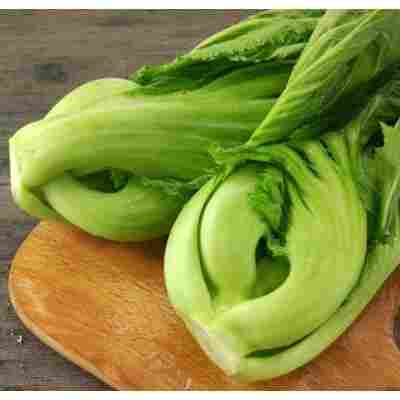 Chinese mustard greens, or jiè cài (芥菜) in Mandarin and gai choy in Cantonese, have been cultivated for centuries.

Things can get confusing, however, as there are many different types, each with different uses in the kitchen. Some are stir-fried, prized for their tender and nutritious leaves, while others are harvested for their thick stems, which are pickled and preserved.

This particular variety of Vegetable is called Four Seasons Chun Cai another type of Chinese Mustard or Gai Choi Yet another Fast Growing Gem because of how QUICK it grows as it matures from around 30 - 40 days after seeding. This is a unique reliable garden loving vegetable. It features Round leaves like palm leaf fans and is the most tender of its kind. The stems are thin giving it a nice crunchy texture and grows to around 45 cm in height. This type of vegetable can be cooked so many ways.Mustard Gai Choy is a heading form of mustard, a specialty vegetable known as Gai Cai in Asia.This cultivar is an heirloom variety from South China much prized for its mild but distinctive flavor. It shares the ridged leaves and curved growth habit of the large Gai Choy, but is looser, longer, greener and the ridges are less pronounced.Gai Choy is excellent for soup and stir frys, particularly with pork or chicken.Easy To Grow...This can be grown almost anytime of the year just like its name (Four seasons Chun Cai) It is a must have for Gai Choi Fans, It is tolerant to diseases and cold. Sow seeds 6 inches apart Make sure it has a nice amount of water. You can also rake a few extra harvests by peeling some leaves bit by bit when your hungry. Seeds will germinate best at Temperatures above 65 F.The leaves are very nutritious, rich in minerals and vitamins. So if your looking for a Chinese vegetable for your stir fry, easy to grow which grows extremely quick and want more harvests with a constant supply of vegetables.... then this is the kind for you. 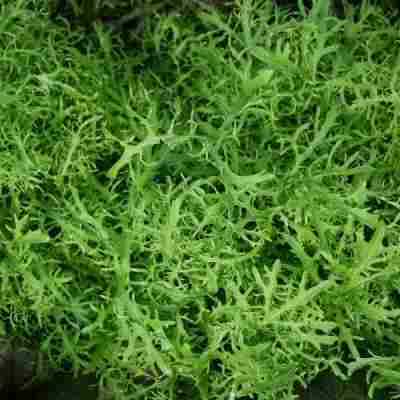